South Alabama Land Trust has thrived for 30 years, thanks to hundreds of supporters ranging from casual volunteers to major donors to land owners. 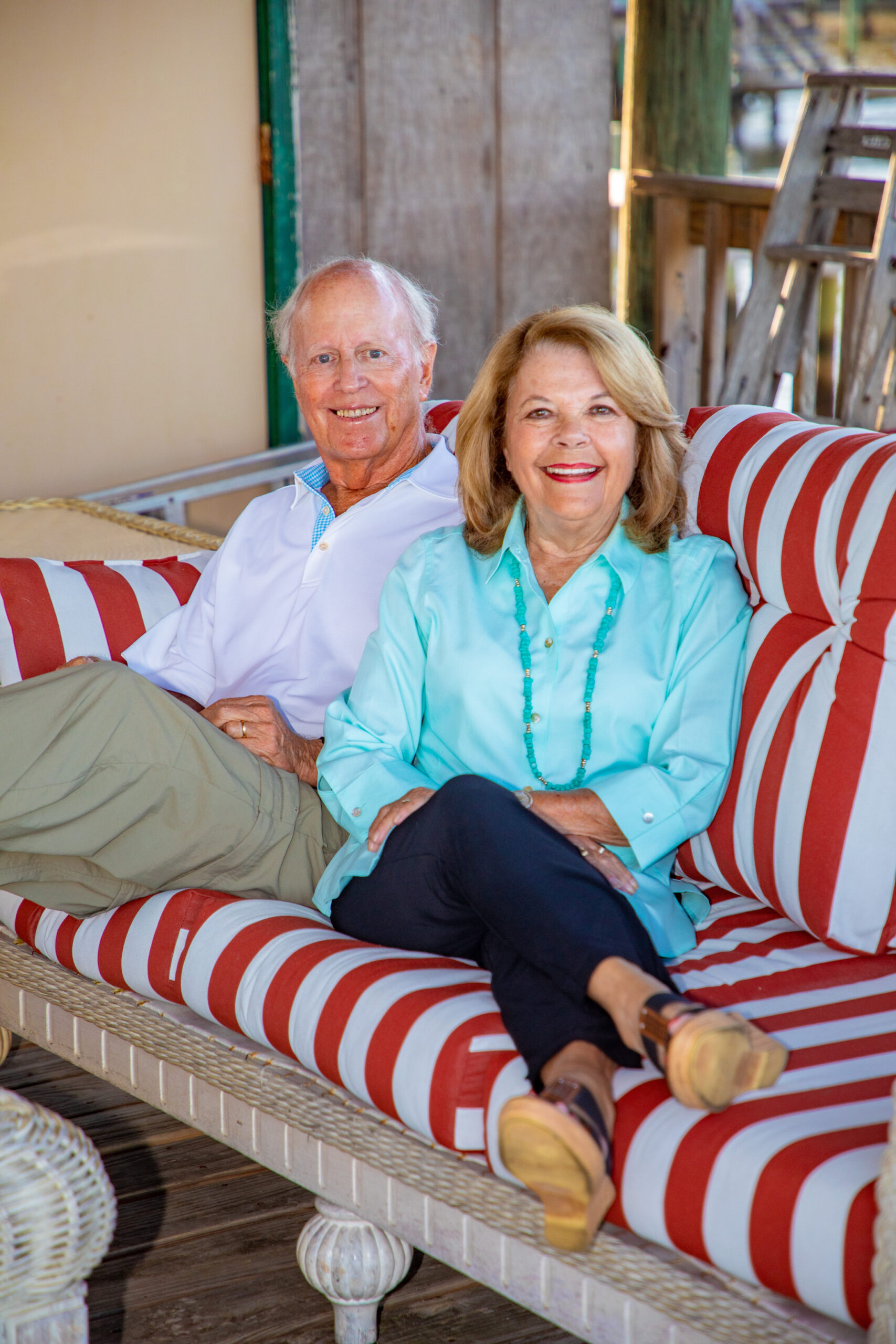 It doesn’t take long to understand why Louis G. (Buddy) Russell is a longtime supporter of South Alabama Land Trust. A native Mobilian, Buddy and his wife Mickie bought a summer home on Mobile Bay in Point Clear 20 years ago. After their three children had left home for college, and the Russells were spending more and more time “over the Bay,” the summer home became their permanent home. That was 16 or 17 years ago.

While it’s a beautiful home like so many on the Bay, the real beauty comes in the fact that it’s the primary gathering place for their adult children and spouses and six grandchildren. “It’s been a great place for the family to gather on a regular basis,” Buddy said.

A CPA (certified public account) for about 50 years, Buddy first got involved with the then Weeks Bay Reserve Foundation through founder Skipper Tonsmeire.

“I had worked with the Foundation for years,” Buddy said. “I started out doing the audit and tax work for the organization. Then, as it grew, I was asked me to join the board as financial chairman, and I’ve served in that position ever since.”

In addition to his service, Buddy has generously supported SALT, along with his partners, through Russell, Thompson, Butler, and Houston LLP, a CPA firm that Buddy and company founded 25 years ago. In 2020, they merged the local firm with Carr Riggs & Ingram – CPAs and Advisors.

Buddy said he believes it is important to give to local conservation organizations because, unlike the national organizations, “we know what the needs are and where they are.”

“Local people need to support the local environment,” he continued. “I think people see the need for conservation today. They see the development and the rapid changes, and they’re seeing we need to do something to protect our marshes and our wetlands and our rivers and bays. The problems aren’t going to fix themselves, and if we don’t do it now, it’s going to be too late. We’re going to be in a real mess. We’re going to lose the very thing that attracts people to this area.”

When he isn’t working or spending time with family, Buddy stays in shape by jogging, walking and cycling. He’s been active his entire life, including as a member of a Mobile swim team through high school, and playing tennis. He was even recruited to join the University of Alabama swim team.

“That only lasted about three weeks,” he said with a chuckle. “I was getting up at 5am for swim practice, and all my pledge mates were out running around and having fun. So I gave it up for the collegiate life.”

Plants and animals, land and water, Rick and Susie 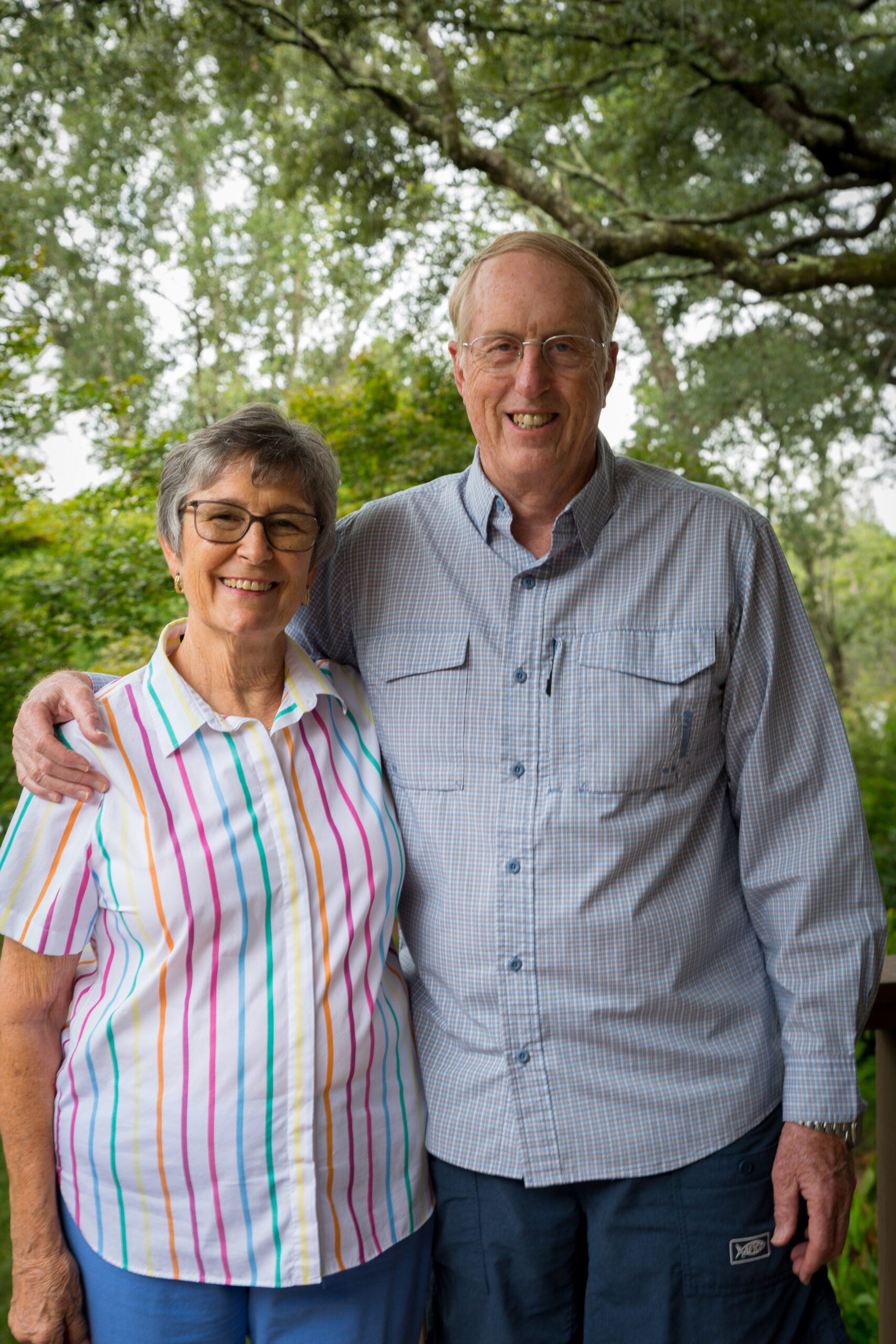 She’s a biologist and master gardener. He’s a fisheries guy-turned-volunteer. Together, they have supported the work of SALT for more than a dozen years.

Rick and Susie Wallace have lived in Baldwin County since 1983 and have a home overlooking Fish River. Their property is a beautiful example of landscaping for sustainability, using native plants. They both recognize the importance of preserving land throughout watersheds and are committed to doing their part.

“I sort of tag along,” Susie said, noting that Rick has taken a more active role with SALT. “But my background is in biology and I’m very supportive of the organization.” Rick recalled that his knowledge of the foundation was limited when he was asked to join the board all those years ago.

“I immediately became involved when I really understood what was going on. As landowners on the river,” he continued, “we really recognize how important conserving land around the river is to water quality, fishing, boating, quality of life and seafood.” Susie also noted the importance of estuary water quality, as it serves as a nursery and habitat for so many aquatic species.

When he joined the board, Rick stepped into other roles, including supporting fundraising efforts and playing an active part in the management of SALT’s Juniper Bog, which is just a short drive from their home. Although he retired from the board in 2019, he continues to play a key role on the organization’s Land Acquisition Committee.

“You could support other organizations with the same ideals and the same goals,” Rick noted, “but you know, I like SALT because it’s local. It’s really local. It’s right here.”

The couple, both originally from the Midwest, have enjoyed sharing their coastal home with out-of-state visitors. “They come visit,” Susie remarked, “and realize what a beautiful place we live. Our northern friends have really enjoyed coming to visit and taking advantage of everything here.”

Rick and Susie take advantage of the area themselves through boating, fishing and swimming, along with enjoying local seafood. While they travel often to visit their two sons, they are happy to call their place on Fish River home. 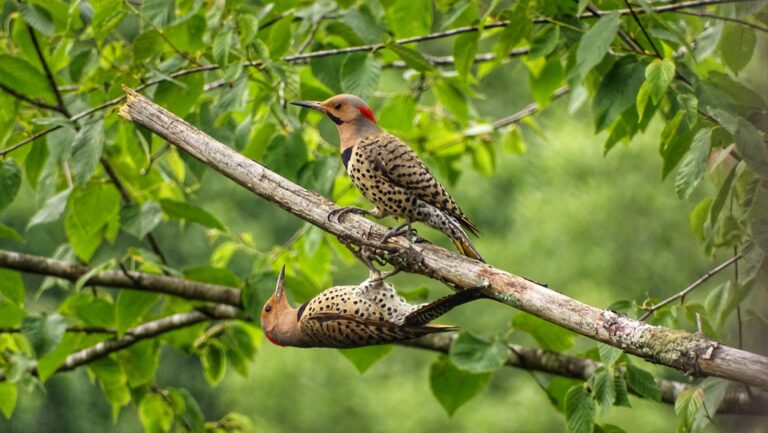 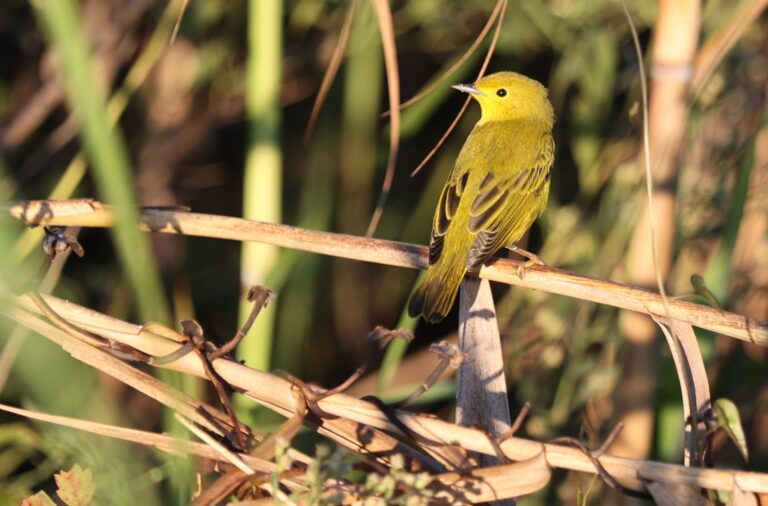